Home / News / Breaking news / A Lecturer from the Faculty of Engineering, University of Kufa chairs a Symposium on Intangible Cultural Heritage in Iraq 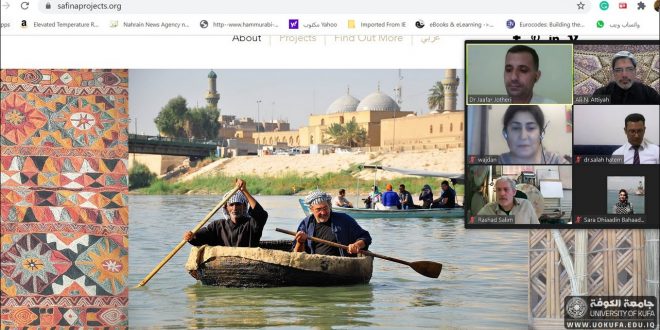 A Lecturer from the Faculty of Engineering, University of Kufa chairs a Symposium on Intangible Cultural Heritage in Iraq

The lecturer from the Faculty of Engineering at the University of Kufa, Assistant Professor Dr. Ali Naji Diebil, one of the faculty members in the Civil Engineering Department, chaired a specialized symposium on the intangible cultural heritage in Iraq, which was organized by the University College London / Al-Nahrain Project in cooperation with the British Chatham House.

Three speakers participated in the symposium, each of Mr. Rashad Salim, who gave an idea about his project that he started years ago under the name of the Ship Project, which aims to revive the heritage of the marshes in Iraq and the popular industries it includes. The second speaker was from Al-Qadisiyah Archaeological University, Dr. Salah Hatef, who gave an overview of the intangible cultural heritage and its importance to the peoples, especially the Iraqis. The third speaker was the Director of the Cultural House in Najaf, Mr. Rashid Jabbar, who is one of the UNESCO experts accredited in this type of heritage. He contributed to presenting an idea of ​​the UNESCO Convention concluded in 2003 for the protection and promotion of the intangible cultural heritage.

Dr. Diebil moderated the dialogue after the session in this symposium, in which many experts and stakeholders in cultural heritage in Iraq and the United Kingdom participated, highlighting the importance of intangible cultural heritage in promoting the values of coexistence among Iraqis of all sects and components to build a unified Iraq and ensure peace for its people. 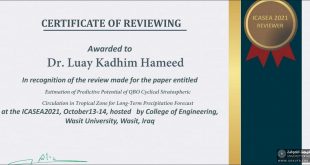