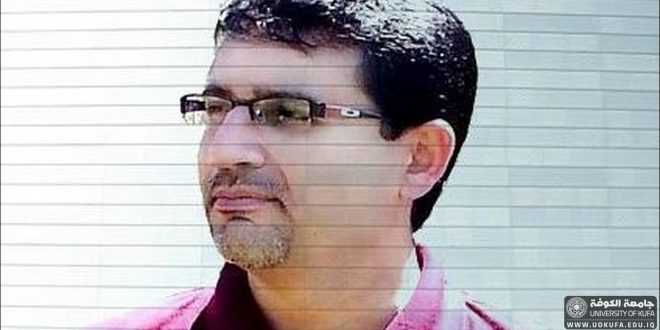 Dangers and Challenges of Water Scarcity

By: Dr. Fadhel Abdulabbas Hassan
PhD. Waters and Hydraulic Structures Engineering
Perhaps the most significant challenge facing humanity and human life in general is the climate changes witnessed by the atmosphere of the earth during the last two decades and the main concern of the relevant international organizations and research centers is to find effective solutions to face global warming and the remarkable rise in temperature rates in all the regions of the world, especially the middle east, especially the unprecedented increases in temperature and the very low rainfall.
Perhaps the most prominent example of these climatic phenomena is what Iraq is exposed to in terms of reaching temperatures of more than 50 degrees celsius during the summer, as the climate of Iraq recently characterized by the length of the summer season, which extends for more than 8 months while the period of moderate heat The winter season, which is characterized by being a dry season, often free of rain or rainfall at very low rates.
All these factors and others that will be mentioned later are among the most prominent reasons for the phenomenon of drought and water scarcity in the basins of the Tigris and Euphrates, through which life comes to life at all levels related to the livelihood of the Iraqi agricultural, industrial and commercial.
When drought occurs in any region of the world, this phenomenon can be attributed to several factors and the most important of which are:
1. High temperatures in general in the summer and its continuity for long periods, where the hot and dry climate predominantly throughout the year.
2. Short winter season with little rainfall and perhaps interruption for several years.
3. Lack of adequate sources of surface water such as lack of rivers, streams and lakes.
4. Lack of adequate sources of groundwater or poor quality, which makes it difficult to find solutions to improve the quality.
5. Lack of water imports from the main sources of rivers, especially if more than one country shares a single river (riparian countries) and the establishment of dams that will control the amount of water received.
6. For the same reason mentioned in point 5, other measures will reduce water imports between a number of riparian countries, which is to divert some of their streams and change their course to prevent another country from benefiting from the imports of that river.
7. Water mismanagement, which falls under more than one concept, the most important of which are:

a. Wastage in irrigation: where there are no modern methods of irrigation and the use of random irrigation method for agricultural crops and water rations above the water standard imposed to provide for each type of these crops.
b. The lack of meters inside the residential units, service structures and industrial complexes that would calculate the units of water consumption, which helps to consume water at high rates without a fee rewardingly, if any, it is symbolic and does not commensurate with the volume of consumption.
c. Lack of sufficient dams and water storage structures to ensure adequate water rations for various uses.
d. Not to use rainwater effectively as a watershed (water harvesting).
e. Not to activate the role of groundwater to be a major source of water at the level of being an important source of drinking water and irrigation, especially if they are available in good quality or at least easy to treat and at very low cost.
8. There are a large number of pumping stations in a bad situation and need maintenance and rehabilitation.
9. Aquatic weeds and environmental pollution factors spread in the main and sub-rivers.

The Middle East is one of the most water-scarce regions in the world. Although it has 5 percent of the world’s population, it has only 1 percent of the world’s water supply. According to some experts, water could become a cause of the coming wars because of the growing shortage of this vital natural wealth. For example, the dispute over the Hasbani River between Israel and Lebanon, as well as the disagreement among the Nile Basin countries over the share of each country, as well as the Turkish-Syrian-Iraqi dispute over dams built by Turkey on the headwaters of the Tigris and Euphrates.
But the problem of water shortage is not only for developing countries, but also for rich countries. The European Commission has recently expressed serious concern about the continuing lack of water resources in Europe. According to a recent study by the Commission, most European countries consume more water than their stocks, which in the long run could lead to a decrease in groundwater levels. Some factories in Germany were forced to close in 2003 due to water shortages. For example, about 40 percent of the water consumed in the EU can be saved (wasted).
Statistics on the reality of the crisis in Iraq
Surface water
The annual rate of natural revenues from the Tigris and Euphrates rivers and their tributaries is 77 billion cubic meters in the moderate water year, where 48 billion cubic meters of the Tigris River and 29 billion cubic meters of the Euphrates. The central and southern regions are among the most agricultural areas dependent on river water for irrigation. Surface water consumption for agriculture is estimated at more than 75%.

Ground water
The exploitation of groundwater in Iraq is still very limited, and estimated quantities of groundwater for use about 2 billion cubic meters used to irrigate agricultural land, which is estimated at an area of 125 thousand hectares and renewable reserves are estimated at 3.5 billion cubic meters and the proportion of what is used in The northern and central regions do not exceed 20-25%, while the exploitation rate in the Western Sahara region is only 0.2%.

Rainwater
The total rainfall in Iraq (99.9) billion cubic meters annually and the share of the northern region at least 75% of the total amount of rain falling over the territory of Iraq annually. The rain area in Iraq is divided into three main sections:
1. Guaranteed rainfall (over 450 mm per year) 15%
2. Semi-guaranteed rainfall (ranging from 350 – 450 mm per year) 23%
3. Not guaranteed rainfall (less than 350 mm per year) 62%
Therefore, the bulk of this area under inappropriate production conditions are subject to fluctuating climatic variations of the amount of rainfall per year as agriculture requires systematic irrigation because of insufficient rainfall and this includes areas on the Euphrates in general.
In order to improve the water situation and provide adequate water quotas for different consumption, there is a need for a water management capable of advancing this reality, which can be achieved by the following measures:
1. The use of modern irrigation methods such as sprinkler and drip irrigation to reduce the waste of water used by conventional irrigation methods.
2. Lining the channels in order to make better use of existing water.
3. Conducting studies, surveys, designs and implementation in the field of dam construction.
4. Paying attention to desalination projects and improving the quality of wastewater for reuse.
5. Paying attention to the maintenance of dams and hydraulic installations such as Mosul Dam as well as completing the implementation of the general downstream project to collect water from large areas in central and southern Iraq and other strategic and other important projects.
6. The exploitation of groundwater as a secondary source approved in different water consumption and conducting new surveys to detect other sites from which groundwater can be extracted and for the whole of Iraq.
7. Recycling wastewater through the establishment of specialized projects in this purpose and make it water suitable for human consumption again as in the developed countries.
8. Installing new and advanced meters to calculate water consumption units for reasonable wages that reduce excessive use of water. 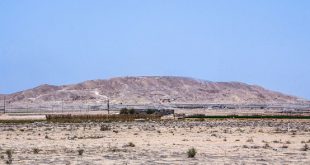