In the Department of Civil Engineering, Faculty of Engineering / University of Kufa, a master’s thesis was discussed for the student, Amir Hassan Mohamed, and the tag:

The study included a practical and numerical study presented to ascertain the structural behavior of cellular iron thresholds of different diameters by studying the effect of forming circular holes in the cutting and re-welding process of the original threshold on the structural behavior of iron thresholds and studying the effect of strengthening the holes with the use of annular struts placed around the holes. The practical aspect included the manufacture and testing of twelve models, the control model without openings and eleven models of cellular thresholds arranged in five groups (from A to E) depending on the ratio of the magnification of the section and the ratio of the spacing between the holes. After a practical examination, a group of failure patterns were observed, such as general bending and buckling of the tendon column between the openings.

The researcher indicated that the practical results showed that the manufacturing process to produce cellular thresholds can increase the endurance compared to the original section of up to (89.9%) with a magnification ratio (1.37) and a spacing ratio (1.42) without adding any materials. However, the increase in the cross-section depth of the magnification ratio equal to or greater than (1.47) showed a decrease in the bearing capacity due to the decrease in the stability of the chord column area between the openings. Indicating that the results also showed that there is no benefit from using stiffening with a thickness equal to the thickness of the lip where the failure occurred in the iron material in the upper lip before the failure in the holes or stiffening occurred.

At the conclusion of the discussion, the student obtained a master’s degree in civil engineering. 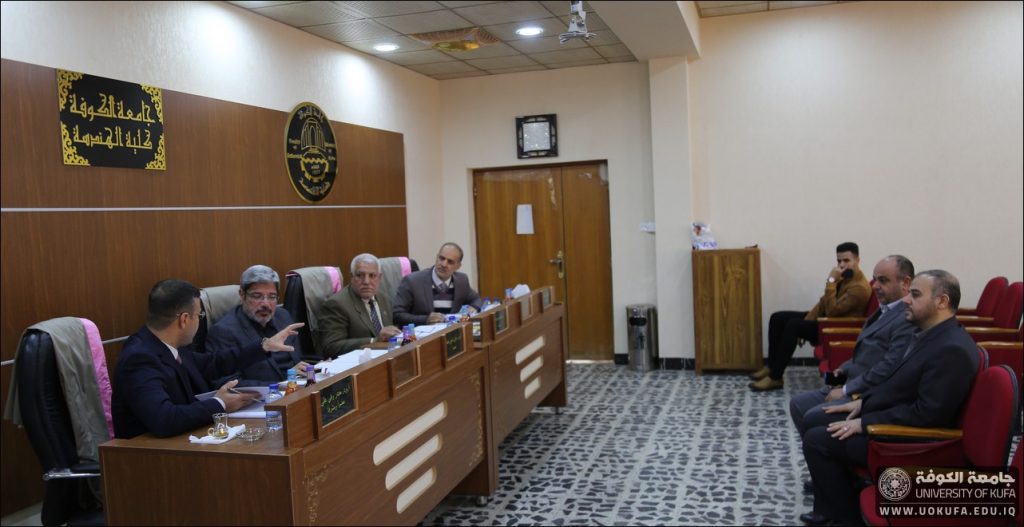 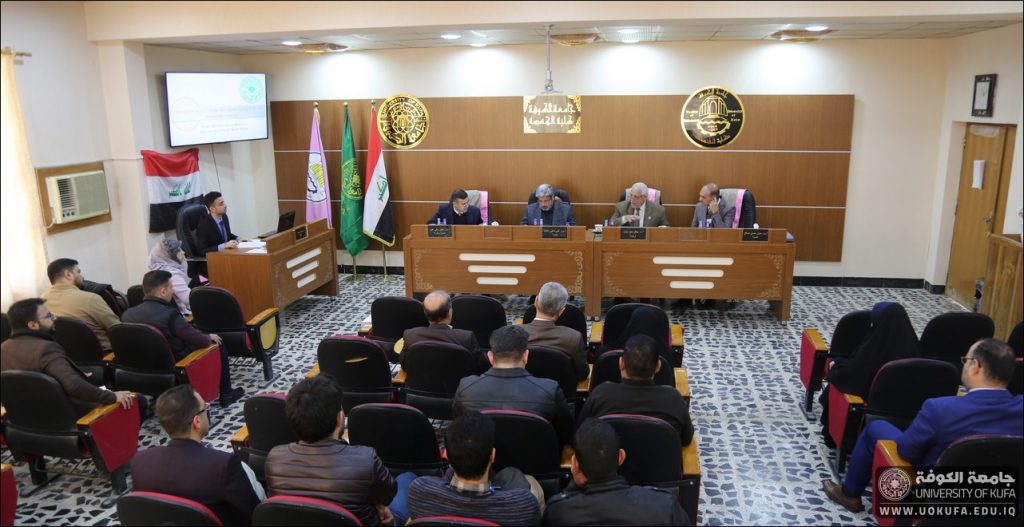 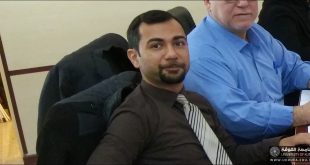 The Faculty of Engineering at the University of Kufa, in cooperation with the Faculty of Science, organizes Three Virtual Workshops on Scientific Research and International Journals

The Faculty of Engineering at the University of Kufa organized three scientific workshops entitled: “Types …