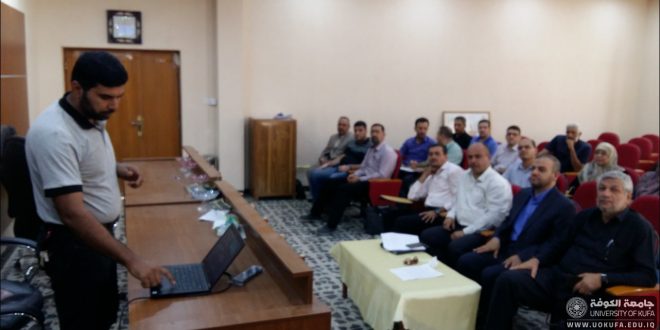 The Faculty of Engineering at University of Kufa held a scientific symposium entitled: “Collision of High-Altitude Vehicles with Concrete Bridges”, where Dr. Hayder Hussein Aweiz presented a lecture on how to treat structural members (parts of bridges or beams in buildings) exposed to complete failure in their structural performance due to exposure to traffic accidents resulting from high-altitude vehicles.
In this study, a new material called iron-reinforced polymer compounds was used, which is characterized by high strength and durability to repair and strengthen the failed structural. Dr. Aweiz pointed out that this study used large concrete beams exposed to complete failure in the central region, where they have been repaired and strengthened and examined again to determine the bearing capacity after the repair.
The results of the examination were compared to a non-failed reinforced concrete beam and the results showed that the repair process using SRP Composite could restore the failed beams to their previous position (before failure) and in some cases showed that treated beams had more strength than non-failing beams. 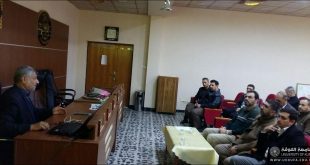 A scientific symposium was held at the Faculty of Engineering at the University of Kufa, …