Dr. Ali Abdul Hussain Al-Tamimi, Representative of the Republic of Iraq in the Standing Committee for Arab Building Codes / Vice-Chairman of the Committee, participated in the second meeting at the level of experts with members of the Committee for the Modernization of the Arab Standard Code for Thermal Insulation organized by the United Nations Environment With the General Secretariat of the League of Arab States, which was held in Amman, the Hashemite Kingdom of Jordan during the period from 26-28 September – September 2019. 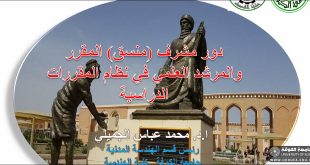